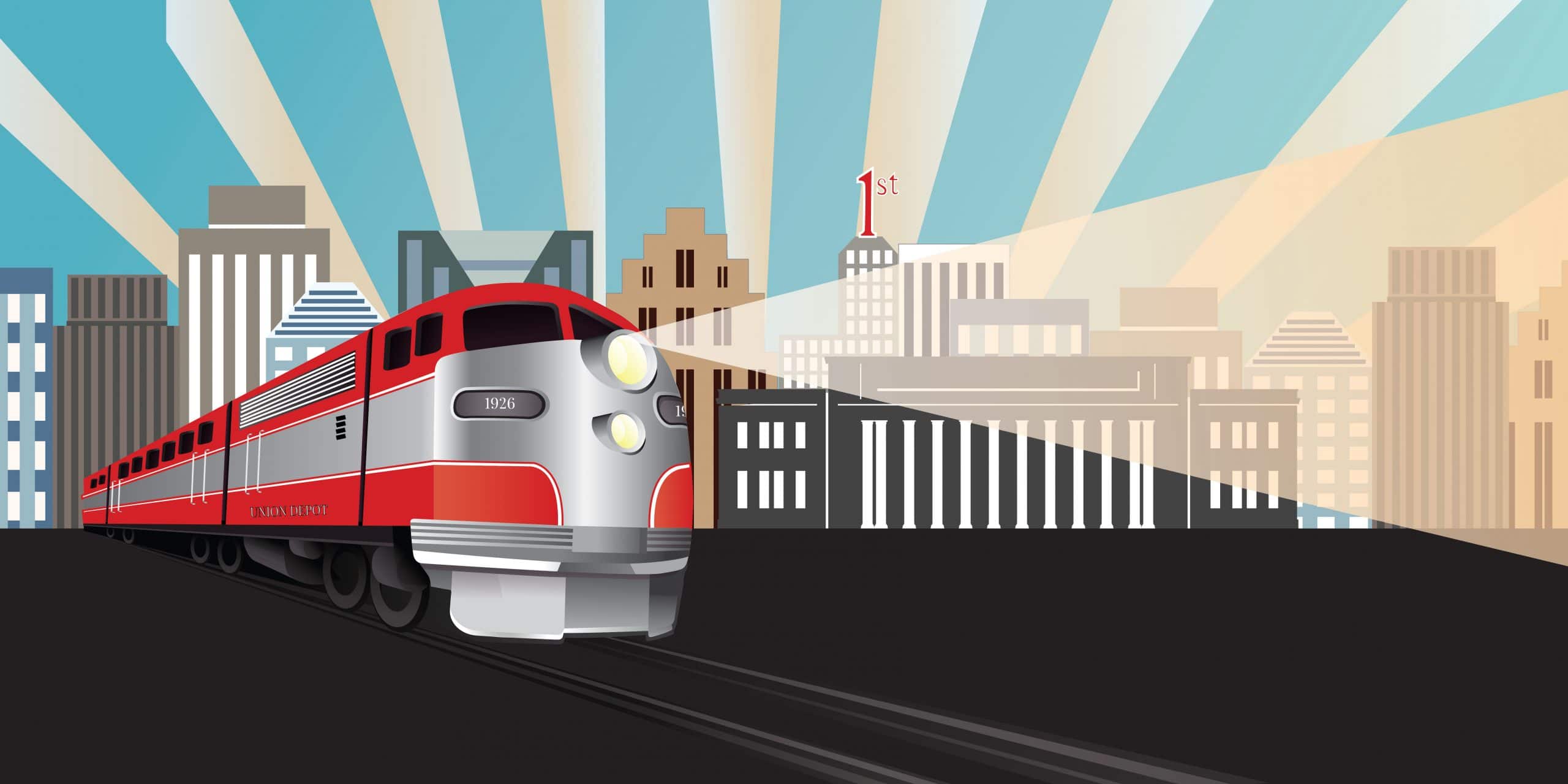 ALL ABOARD FOR TRAIN DAYS 2022

Join us for a FREE celebration of trains and transportation! Train Days will be in-person and ready to welcome you back. Train Days will include train equipment tours, a vendor marketplace, showcase of the 2020 Virtual Train Days mini-series, model trains, concessions, Union Depot photography exhibit, family friendly activities and more! 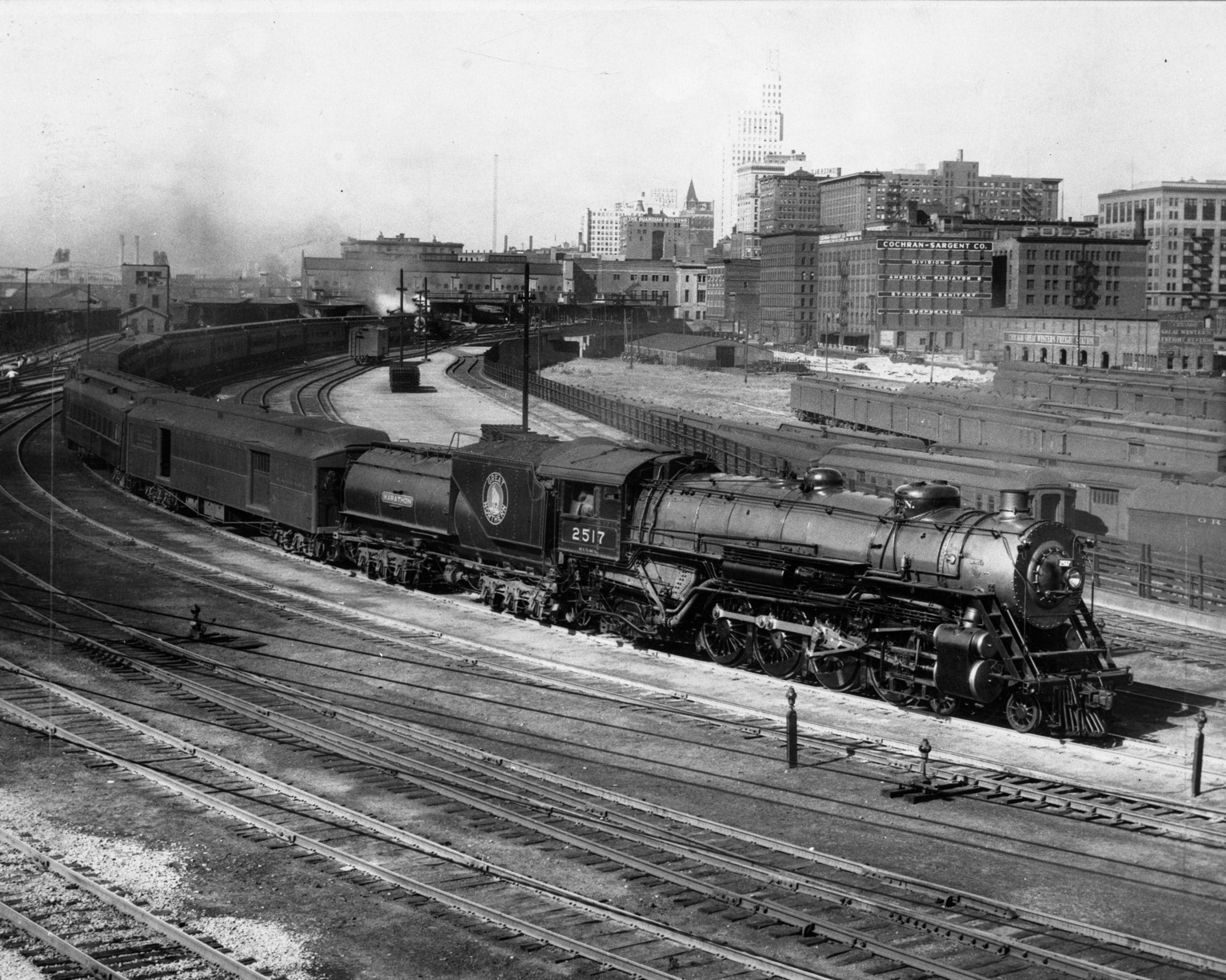 A look back in time at Union Depot’s treasured past.

CHOO CHOO! ALL ABOARD FOR TRAIN DAYS!

In June 2007, Canadian National, which acquired WC in October 2001, donated it to the Lake Superior Railroad Museum. The Museum restored the locomotive’s original paint and number, and volunteers returned it to operating condition in 2021. When looking at No. 3617, note the round-cornered side windows next to the cab windows and the gyrating warning light on the nose that were extra features on all Northern Pacific SD45s.

General Motors Electro-Motive Division built Great Northern No. 400 in May 1966. It was the first production model (versus demonstrators used to sell the model to railroads) of the new six-axle SD45, which featured a 20-cylinder engine that developed 3,600 horsepower. EMD built 1,260 SD45s between 1965 and 1971. Great Northern eventually purchased 27 SD45s.

When No. 400 was delivered it received the moniker “Hustle Muscle” to symbolize the faster speeds and higher horsepower of the new locomotives. It continued to carry the name after Great Northern merged into Burlington Northern in 1970. In 1986 it was retired and donated in operating condition to the Great Northern Railway Historical Society (GNRHS). It is on long-term loan to the Lake Superior Railroad Museum by the GNRHS and is used in regular service on the North Shore Scenic Railroad between Duluth and Two Harbors.

The locomotive was acquired by the Twin Cities based non-profit Friends of the 261 in 2019 and is painted orange and maroon to fit with the majority of the Friends rail passenger car fleet. Since Milwaukee Road E9s were only painted Union Pacific yellow colors, the group decided to adopt a “blended” scheme that harkens back to original Milwaukee Road diesel schemes. It is a combination of the Milwaukee Road’s 1947 E7 locomotive scheme with orange substituted for gray, and the 1950s E7 scheme which featured orange and maroon. The design features the large nose “wing” logo used on the E7s when they were delivered to pull the Hiawatha streamliners.

This locomotive is a 4,300 horsepower Electro-Motive Diesel SD70ACU owned by Canadian Pacific and rebuilt in 2019 by Progress Rail in Kentucky. It is one of 10 rebuilt SD70ACU locomotives CP painted into its historic Tuscan red, gray, and gold paint scheme first worn by CP diesels when they took over from steam locomotives in the 1950s. The specially-painted locomotives are used in regular freight service pulling trains in the US and Canada. In addition to its Heritage locomotives, CP also has five specially painted diesel locomotives that honor the culture and history of the armed forces in the United States and Canada. One of the armed forces diesels appeared at Trains Days 2021 courtesy of Canadian Pacific.

This locomotive is one of eight rebuilt GP38-2 type 2,000 horsepower locomotives built by General Motors Electro-Motive Division and owned by Glencoe-based Twin Cities & Western Railroad. Twin Cities & Western began operations on July 27, 1991. In the last three decades, the family-owned company has become Minnesota’s largest short line railroad and expanded its business three-fold. It is responsible for moving almost $1.5 billion in goods from Minnesota and South Dakota farms and manufacturers to markets in 39 U.S. states, Canada and Mexico.

From its base in Glencoe, Twin Cities & Western trains operate east to Minneapolis/St. Paul and west to Milbank, S.D., over 229 miles of track. The company is also affiliated with the Minnesota Prairie Line that operates from Norwood to Hanley Falls, Minn., and owns the 37-mile Sisseton Milbank Railroad in South Dakota.

This car is used by BNSF Railway to move taconite ore from two taconite pellet plants on Northern Minnesota’s Mesabi Iron Range to BNSF’s ore docks on Lake Superior near Superior, Wis. There the taconite pellets are transloaded onto lake boats for shipment to steel mills. These cars also are used in “all-rail” shipments on BNSF to steel plants in Illinois and other states. This is one of 3,600 taconite ore hopper cars in the BNSF fleet.

BNSF Railway handles more grain shipments than any other railroad in North America. To handle these shipments, BNSF maintains a fleet of 32,000 grain hopper cars – the largest railroad grain hopper car fleet in the world. BNSF moves enough grain to supply 900 million people with a year’s supply of bread, and enough wheat flour in a year to bake more than 23 billion dozens of cookies. BNSF serves dozens of grain shippers in Minnesota and is the largest railroad in Minnesota, with 1,490 miles of track.

The 4,200-horsepower ALC-42 “Charger” is the newest addition to Amtrak’s locomotive fleet. The Chargers are being constructed by Siemens in Florin, Calif, and are designed for Amtrak’s intercity, long distance routes. The first ALC-42 was delivered to Amtrak on June 17, 2021 and entered revenue service on Feb. 8, 2022 on the Empire Builder, which serves Union Depot. In 2018 Amtrak ordered 75 ALC-42 Chargers with options for an additional 100; in February 2022 it added 50 more units to the order for a total of 125. Deliveries are to be completed in 2024. They will replace General Electric P42DC locomotives which currently power Amtrak long distance trains. This is the first time a Charger locomotive has been exhibited at Union Depot Train Days.

Explore an new free historical photography exhibit at Union Depot. Land to Legacy walks through the history of the land and Mississippi River Valley, use as a pioneer crossing, steamboat landing and train station. Learn about the history of mail by rail, WWI troops, James J. Hill and the combination of railroads to create the St. Paul Union Depot Company.

Join us online for a six-part video miniseries, highlighting memories of Union Depot, the history of trains, interviews with railroading experts and more!

This video miniseries will feature partners such as The Friends of the 261 and the Minnesota Transportation Museum to showcase interesting lessons and educational insights.

ALL ABOARD FOR UNION DEPOT COLORING SHEETS!

Download these PDF coloring sheets and wow us with your artwork!

Are you looking for another fun activity for your kids to complete? Download our free 10 page activity book that includes coloring pages, puzzles, word finds, mazes and fun facts about Union Depot!

CHECK OUT OTHER EVENTS 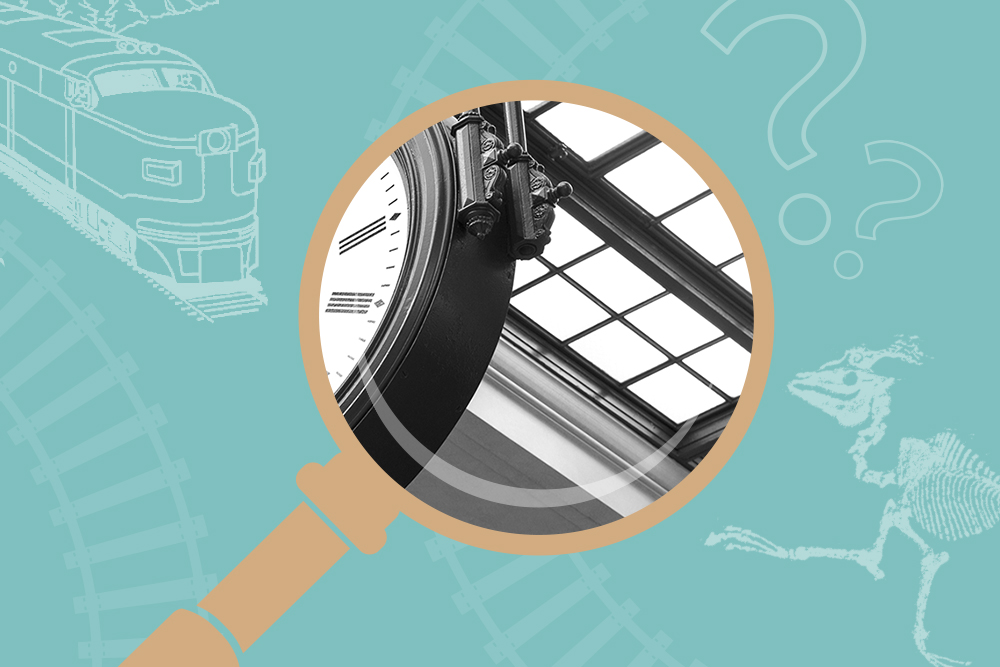 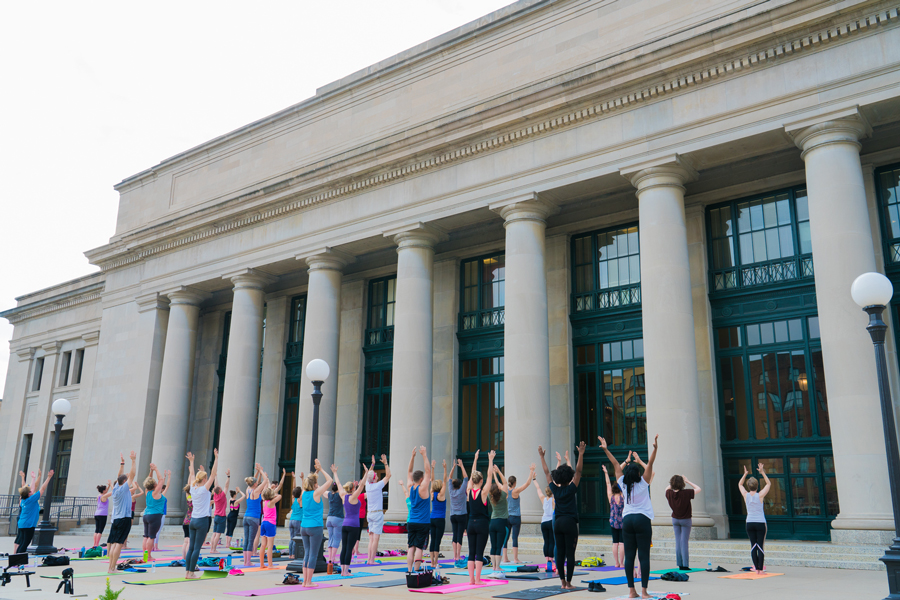 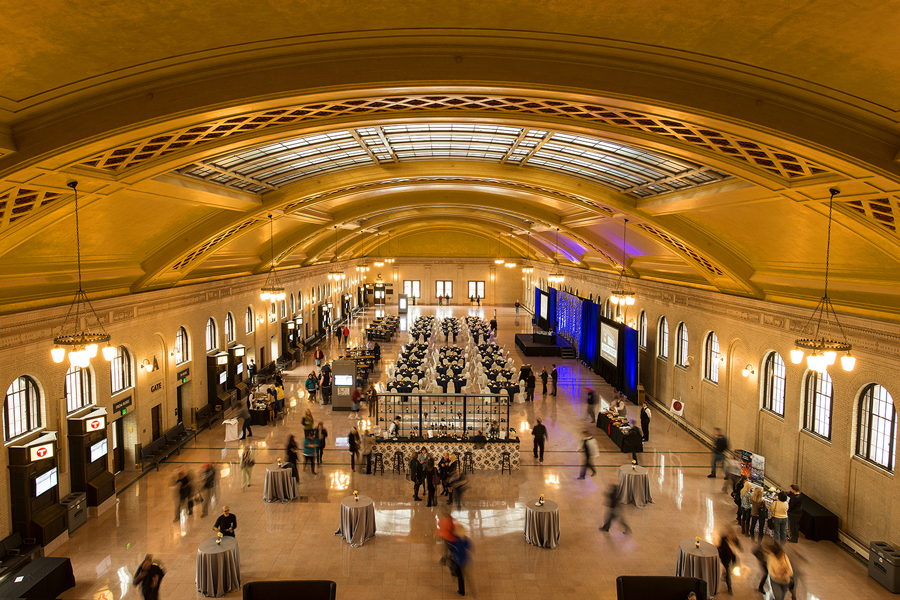